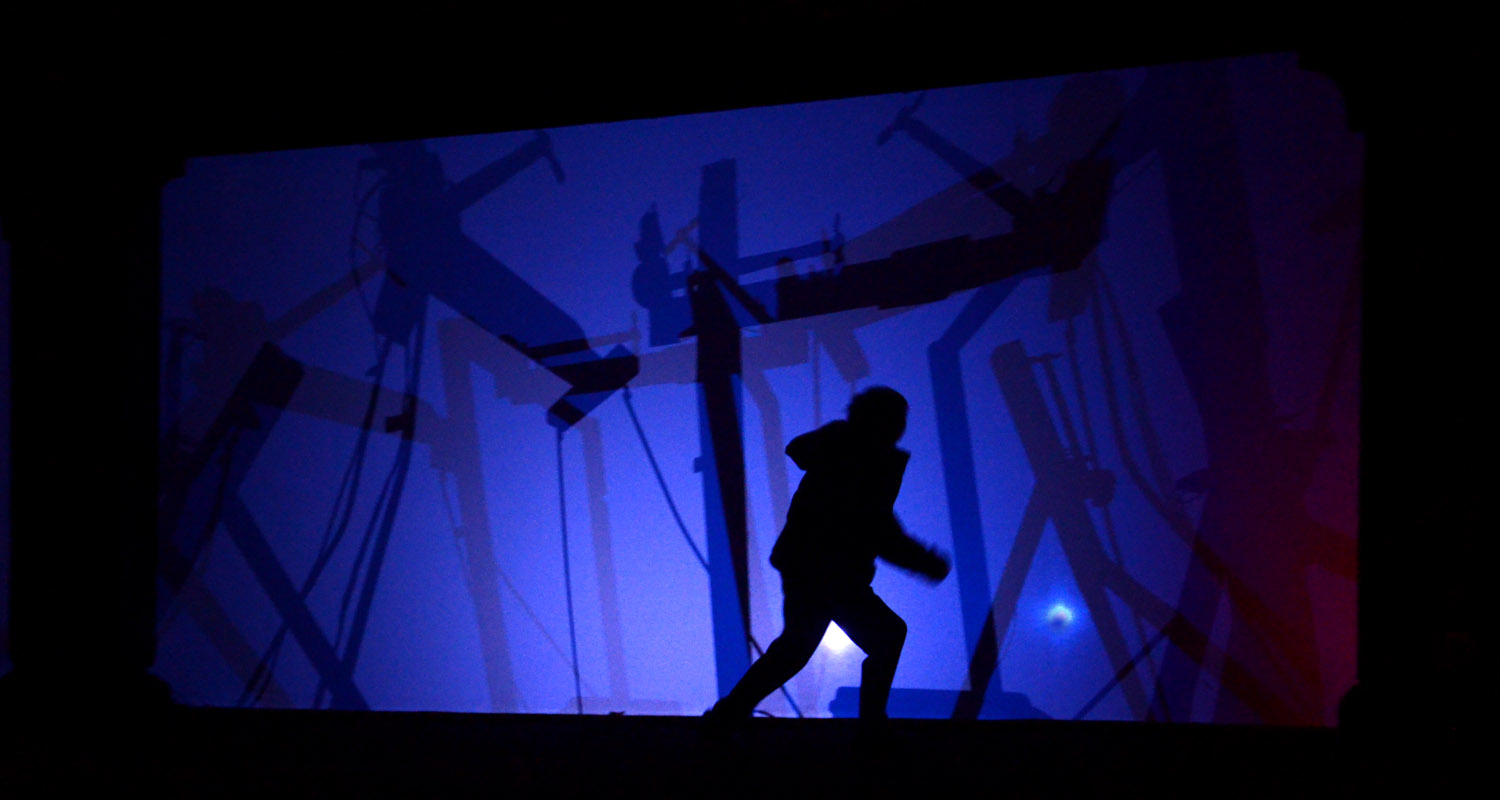 Mechombre Fugue was a kinetic sound shadow projection piece on 9 large screens, and 8 screens around the victorian bandstand. Created in response to the brief; 'The Inventors Ball'. Nine tableaux reveal a journey in a fugue state, through a live compositions in sound and light.

Electro mechanical sound machines shift in size and perspective creating subtle and dramatic moving images. Organic forms and sounds of friction and vibration transform into primordial industry, a pounding heart as hammer blows. The chaotic rhythm of life is celebrated in a ritualistic dance from the artist’s muse, in a psychotic psychedelic state, bodies collide and morph in a bandstand ball.

Mechombre Fugue is metaphorical, its purpose is to reveal connections between the mechanical and the organic, the human machine as industrial music maker. A sonically visual method to develop an idea in never precisely the same way, to demonstrate relationships, and dissonances both in terms of new ideas born of old, but also in counterpoint with the old. A journey of discovery, through colour and sound, in a state of fugue, erasing what has gone before to create what has always been there.