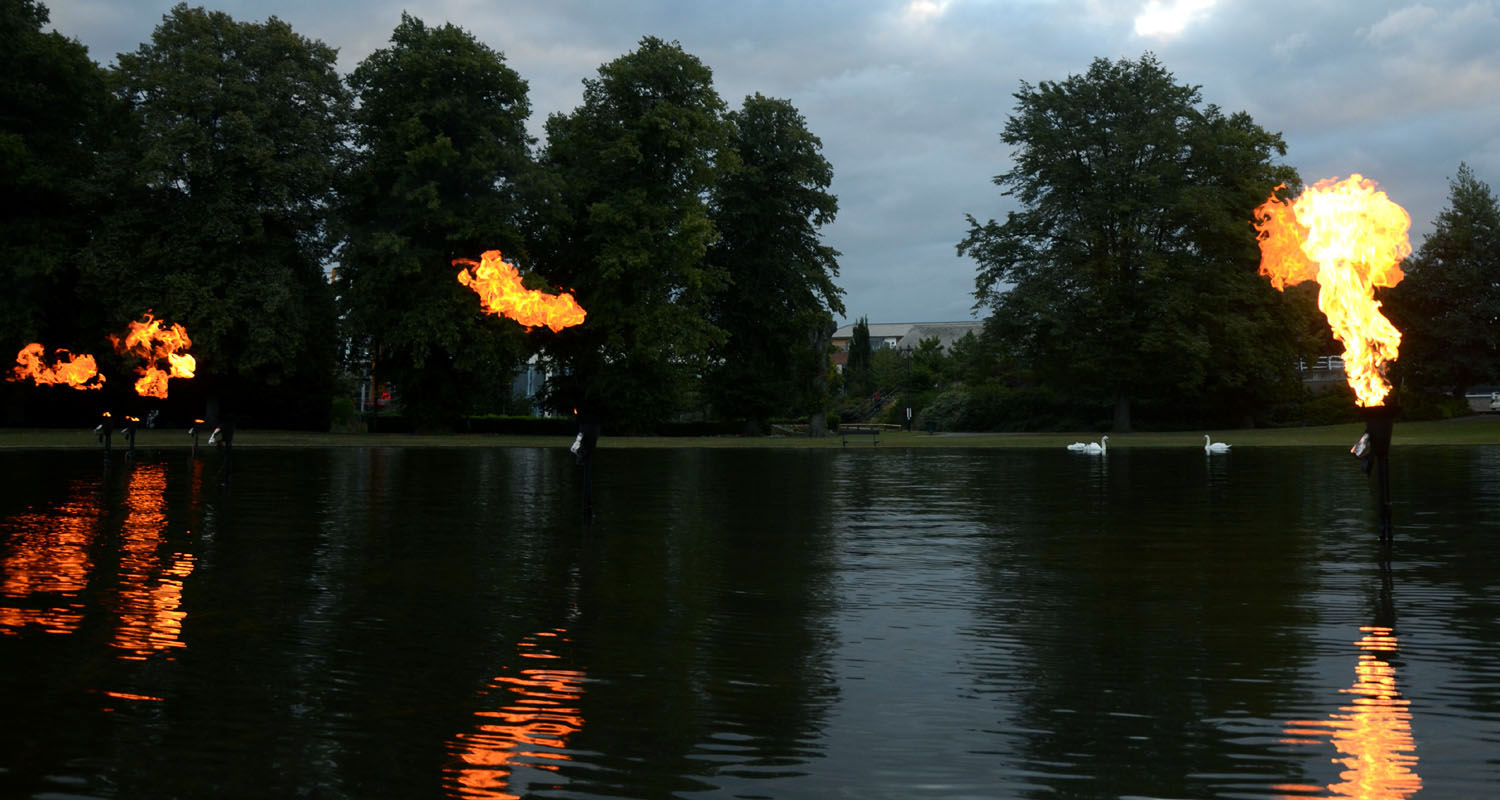 Twelve untuned pipes fire high preasure gas, creating balls of fire, smoke rings of exquisite beauty and a percussive sound that has had audiences applauding after 'songs' and dancing to the beat. The pyrophones were created for the show Charge (of the light brigade) in a Wolverhampton in 2000, Since then they have appeared at many festivals, and become a permenant part of Power Plant. Since they were first made they have undergone many changes and refinements particularly with the computer software used to play them designed by the Mighty Jungulator. More recently another piece of hardware was added giving them even more flexibility and creating another level of subtlety. 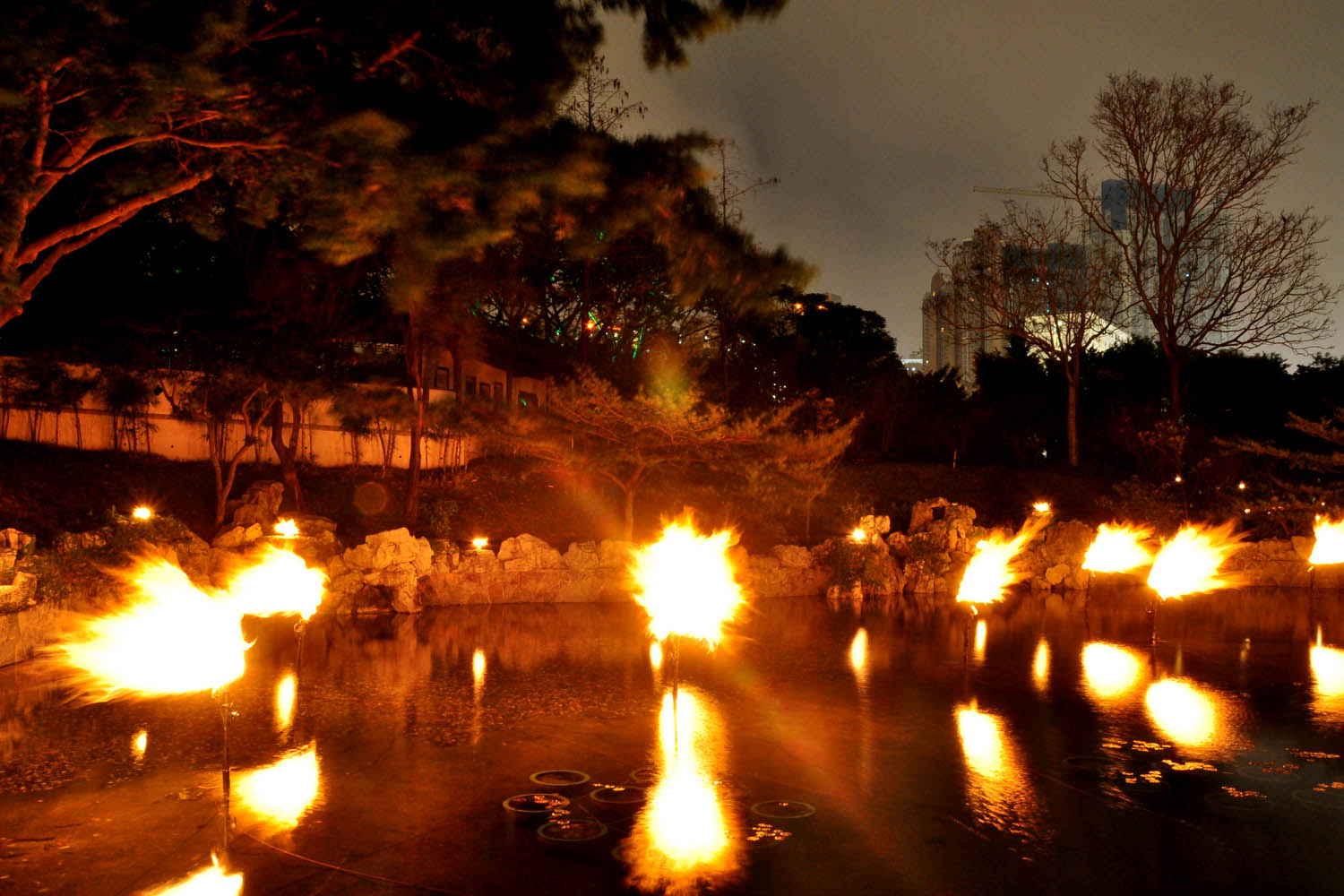 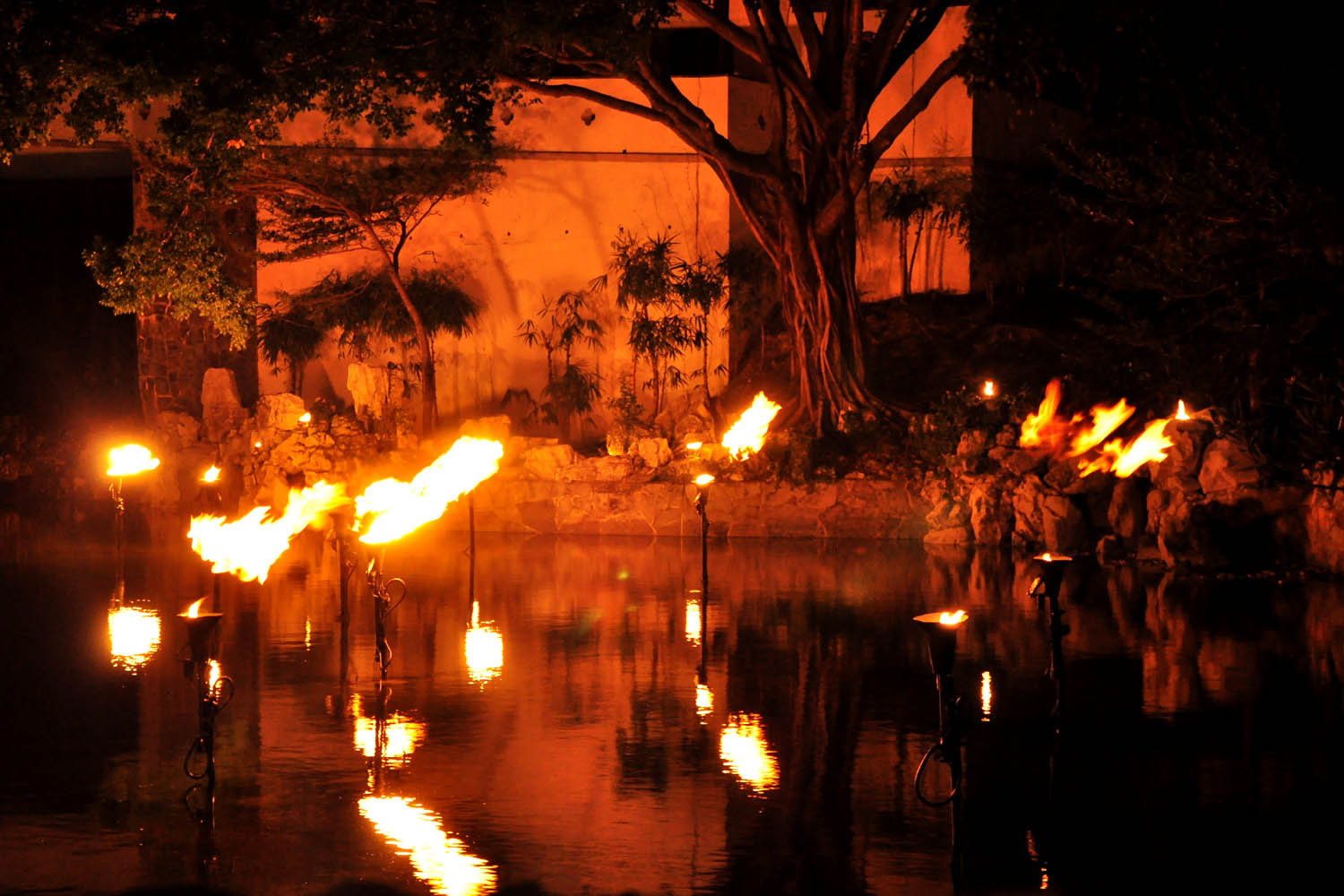