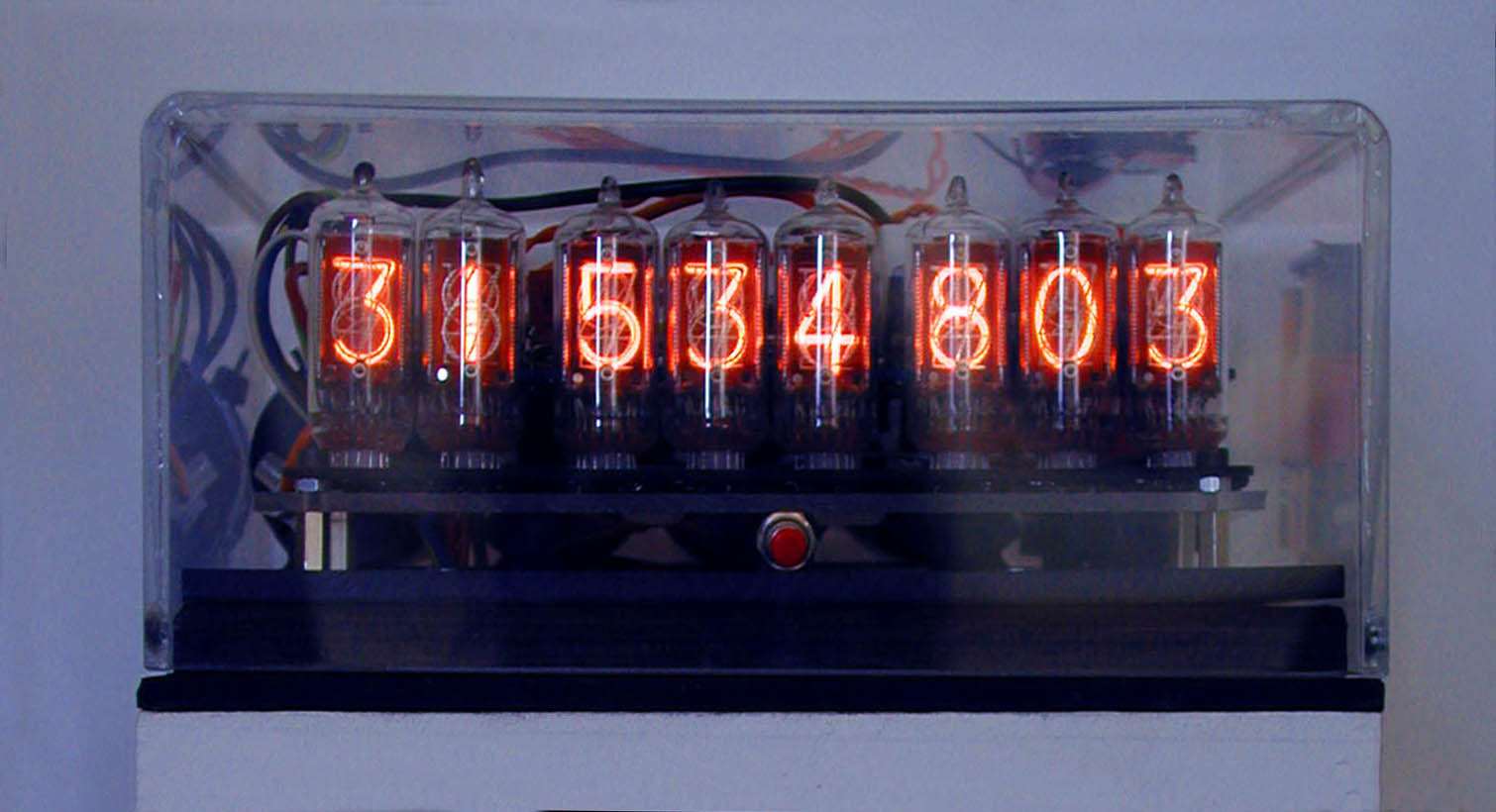 Reap, initiated by Anne Bean, with Mark Anderson, explored notions of capturing and marking time through the natural and complete cycle of a year. Inspired by over 40 years of working with time processes, Anne invited 18 artists to work on individual ways of  “capturing” the year through ideas of memory, process, metaphor and metamorphosis. Whilst each project evolved in vastly different ways throughout the year, they were all fully manifested in and around Southwark Park from 17 September 2005.

Mark Anderson created a number of works which explored time and the passing of a year, which were subsequently exhibited at the Cafe Gallery, and at Dilston Grove.

Time Slice; took a 35mm picture from the balcony of a flat that overlooked Southwark Park every week, the images were then sliced up into each week and put back together.

Reap News 2004-2005. Approx one second of the radio four nine o'clock news was recorded every day of the Reap Year.

Light Year: Solar energy was collected and stored using a solar panel and 12v industrial batteries over the year.  Using a specially built Marx Generator, the accumualted energy was released every few minutes in a darkened gallery room, in a series of brilliant half million volt high-energy sparks each lasting less than a millisecond, and jumping over a metre, between two perspex columns of resistors and capacitors,

Time Bomb: A bomb with a nixie tube display counted down the seconds of a year in the Cafe Galler,, till the day of the opening of the Reap exhibition at the cafe gallery when it detonated filling the gallery with red smoke. 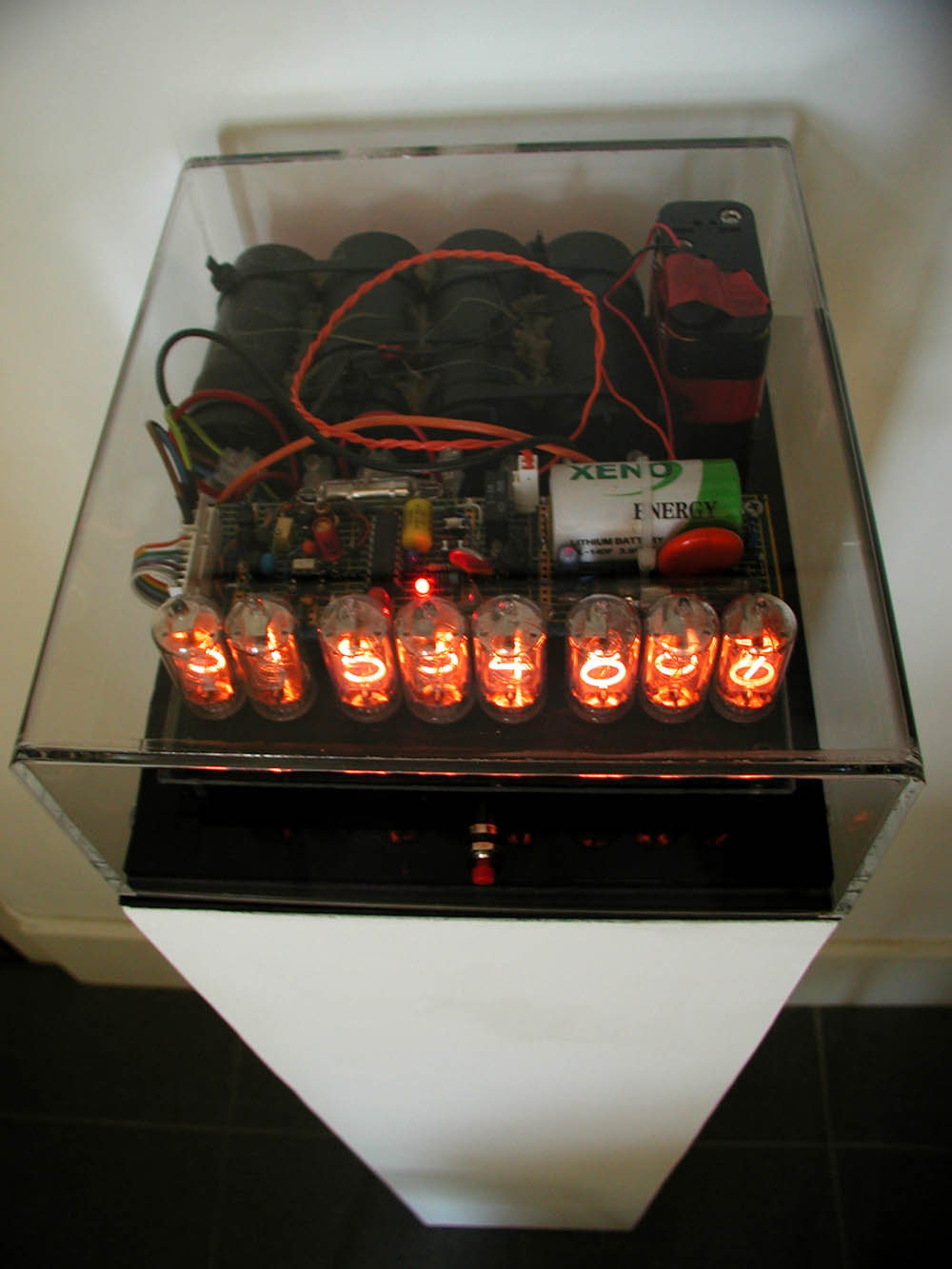 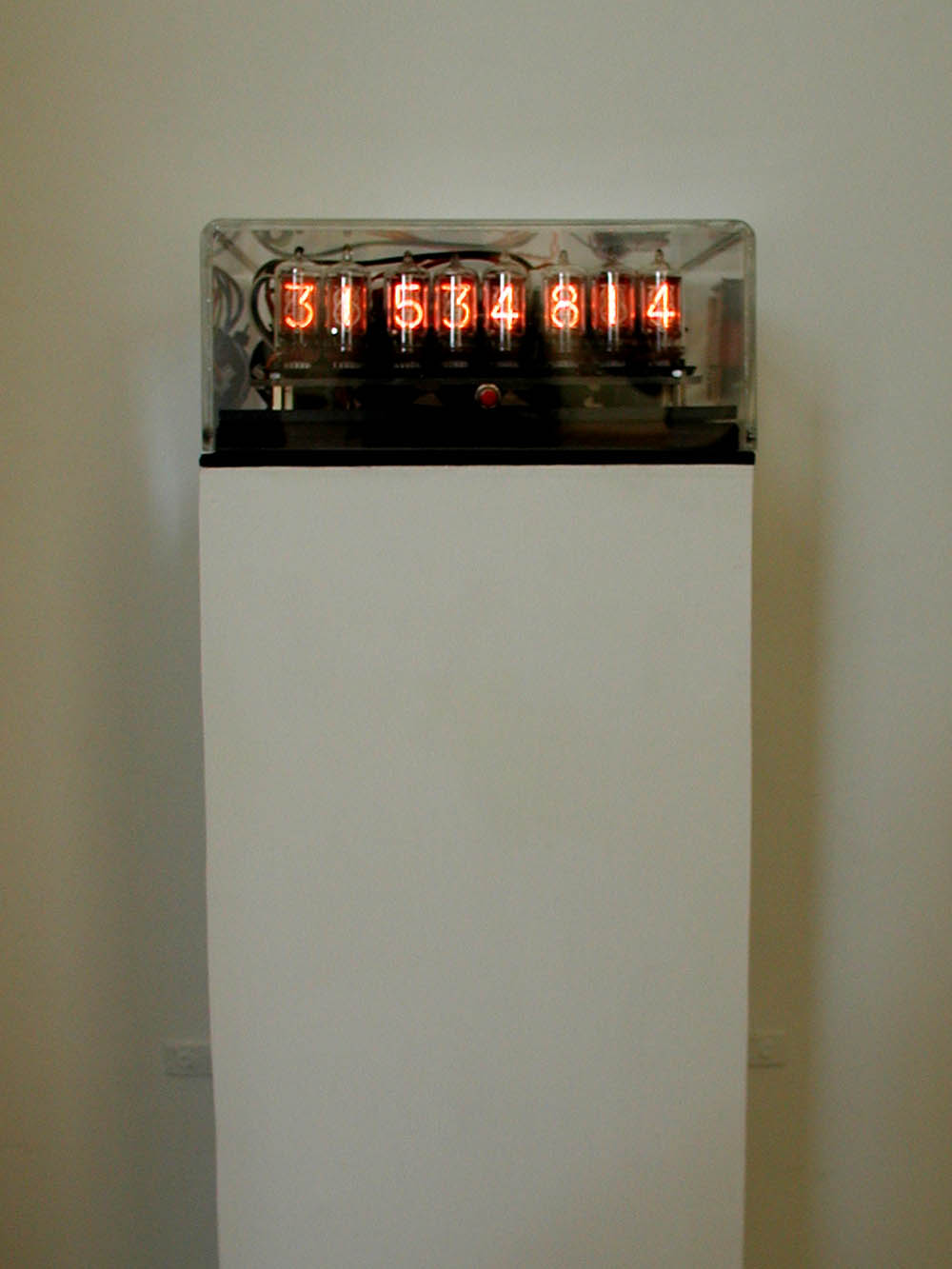